COVID UPDATE: We will be running small and Covid safe classes

Summer Term 2021 Classes are live and available to book!

Our Summer 2021 Camps are now available to book!

Autumn Term Classes will be added in July!

This form takes a little while to load, so please be patient.

Teddy Tennis Kingston started in 2010. Over 5 years later we teach over 2000 children in over 100 nurseries a week! We bring an enjoyable and high energy atmosphere to all of you children’s tennis lessons.

Our nursery and reception programme focuses on engaging the children in a fun and educational way. We concentrate on the most essential fundamental skills. Using our unique coaching process, we deliver lessons which cover the following development areas:

The biggest Benefit Teddy Tennis delivers to children is CONFIDENCE, this is derived by successfully delivering engaging lessons that progress and develop them each week.

To book lessons simply call the booking office at 0345 643 1173 or alternatively email us at info@teddytennis.com to find out more about our exciting classes, birthday parties and camps. 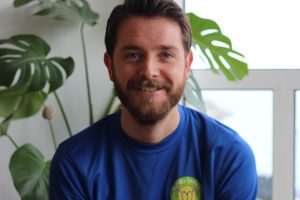 Josh was a full time tennis player for 5 years competing at national and international tournaments. He continued to compete through university representing the first team and captaining the side during his final year. Josh has competed for surrey, Bournemouth University, several tennis clubs including the All England Lawn Tennis Club, and even the International Club of Great Britain.

Josh has now been coaching for 8 years. He has coached at the prestigious All England Lawn Tennis Club for 6 years alongside some of the best coaches and players in the country. He joined Teddy Tennis is 2009 and then invested in his own franchise in 2011 when he saw the potential to really inspire and develop young children through Teddy Tennis.

“Tennis opened up a lot of doors for me, I was able to compete in countries all over the world, make lots of new friends instantly, and now I have a career from the sport. I hope that we can offer this opportunity to lots of players through Teddy Tennis and it is this that keeps me motivated to improve our players in every lesson.”

Our Summer Term classes will be running for 12 weeks from 19th April until 18th July (excluding bank holidays and half terms).

Thank you for wanting to book onto a Teddy Tennis class. We are aware that there are hundreds of children with credit lessons owed due to the recent lockdowns and rain cancelations. To use these credits please do the following:
1. Book and pay for the lessons you would like in FULL via the website
2. Email Josh@teddytennis.com with:
* Your child’s full name
* The email address you used for booking
* The class you have now booked onto

We will then refund the number of credits you are owed.

Venue Information
Summer 2021 Camps:
Our Summer Camps will be running for 5 weeks from 26th July – 27th August. This camp will be held outdoors at Canbury Gardens.

Our Summer Term classes will be running for 12 weeks from 19th April until 18th July (excluding bank holidays and half terms). This term of classes will be held at Canbury Gardens.

Teddy Tennis is really nice, my son is having loads of fun and he really enjoys it. He used to go to other activities but he didn't like them as much as Teddy Tennis.
Love it!! Recommend it for all Mums :)

My 3 year old daughter LOVED her Teddy Tennis party! It was so well organised and fun and it allowed me time as parent to run around and organise food etc while the kids were occupied. The coaches have so much energy and the children really respond well to them. I would definitely book them again and recommend them to my friends.

Our son has been with Teddy Tennis since nursery, and now in Year One - we have watched him progress and develop his skills over time . Josh and the Teddy Tennis team coaches have helped his co-ordination, agility and confidence.  He enjoys the various games which provides a basis for practising tennis techniques and team building in a fun way. Our son looks forward to the classes which encourages the children to flourish, be active and above all have a blast.